A plaque has been added to the quilt.  The wording is:

This quilt was created by Branch members of 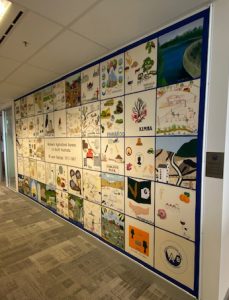 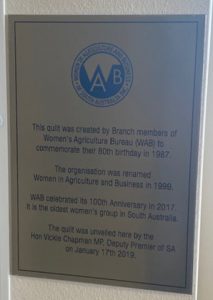 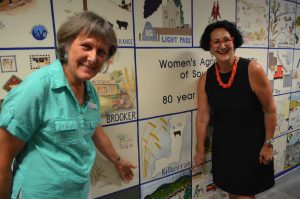 Women’s Agricultural Bureau (WAB) to
commemorate their 80th birthday in 1997.

The organisation was renamed
Women in Agriculture and Business in 1999.

WAB celebrated its 100th Anniversary in 2017.
It is the oldest women’s group in South Australia.

The quilt was unveiled here by the Hon Vickie Chapman MP, Deputy Premier of SA
on January 17th 2019