o   The weekend commenced on Friday night with a networking dinner at The Avenue Dinner in Naracoorte.  Friendships were renewed and new ones made, it was a great night.

o   Saturday we headed north to Padthaway to visit Valley View Garden with their beautifully manicured gardens.  As showers of rain passed over the property, we took shelter in the massive undercover area, enjoying an enormous wood fired heater.  Then onto Keppoch to visit Dollings Produce’s onion packing facility and back to Naracoorte for a tour of Mini Jumbuk’s factory where woollen doonas and pillows and produced from locally grown sheep.

o   Saturday night’s gala dinner was held at Gather on Gordon with guest presenter Alex Thomas of Adelaide #PlantASeedForSafety, who spoke on safety on the farm and associated rural industries.

o   At Rymill Hall in Penola, Kimberly Langley of Good Country Physio gave an interesting talk on “Health and life as we mature”, followed by the AGM which was well attended including 4 members attending via Zoom.

Due to Covid19 there was not a 2020 State Conference.  The Annual General Meeting was a virtual meeting via Zoom on Sunday 9 August at 2.30pm..

We created history in our group, staging our first-ever online AGM via Zoom.

The Management Team  arranged for members to gather at  suitable locations in branches/regions where they could view the meeting on a TV and  participate in the virtual AGM.  Members also attended the AGM at home. There were virtual Elections of office bearers

Covid-19 has caused many changes as to how we have operated this year and our AGM was no different.
It was lovely to see so many smiling faces.
Thanks to all attendees, those who nominated for positions for the coming year and to those who will be continuing in their 2 year term portfolios and positions.
Special thanks to Thelma Newman, our retiring Historian of many years. Special thanks also to our President, Narelle Scott, who has been at the helm during these unprecedented events and creating new ways for WAB to thrive.
Thanks also to our guest speaker, Alice Arbuckle from Guide Dogs
WAB Annual Report 2019-2020  (Click here) 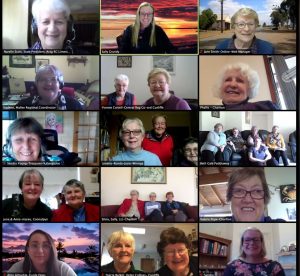 was held on Monday 19th August, 2019 at the Adelaide Hills Convention Centre

It’s all over but …… the messages offered by the motivational speakers will remain with us.

Thank you to these sponsors, you made our day memorable.

This event celebrated the 125th anniversary of Women’s Suffrage in South Australia.  On 18th December 1894, the Adult Suffrage Bill was passed granting women, for the first time in Australia, the right to vote and the right to sit in Parliament. 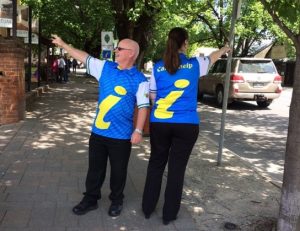